Two particles of mass 1g separated by 1cm, orbiting in a circle around their centre of mass.

(Will do this again with more sensible units)

Apply a drift in the plane of the orbit. Plots show absolute fractional change in energy for drift speed = 0 , 1 , 2 , 3 unit velocities (circular velocity is 1/root(2)).

Box of size 12cm. Things go crazy when the particles drift off the edge of the box.

A line of particles with a total mass of 1 solar mass is frozen in place. Another particle is put into a circular orbit at 1AU in a plane normal to the line, with the plane bisecting the line. Below I show the change in kinetic, potential and total energy, which should all stay the same. eta = 0.01 and epsilon = 0.01 First plot is simply the two-body problem again 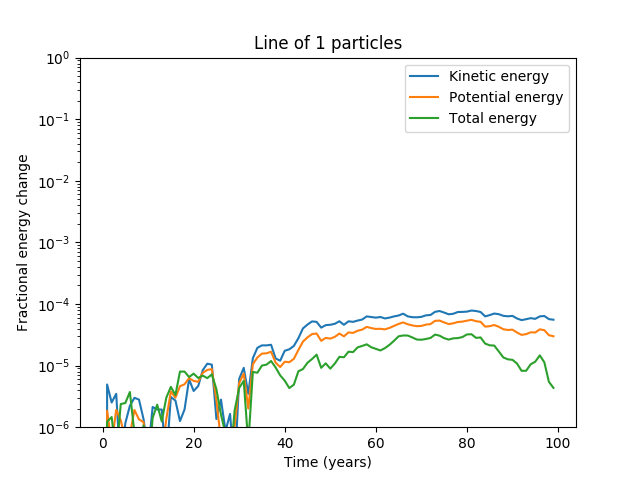 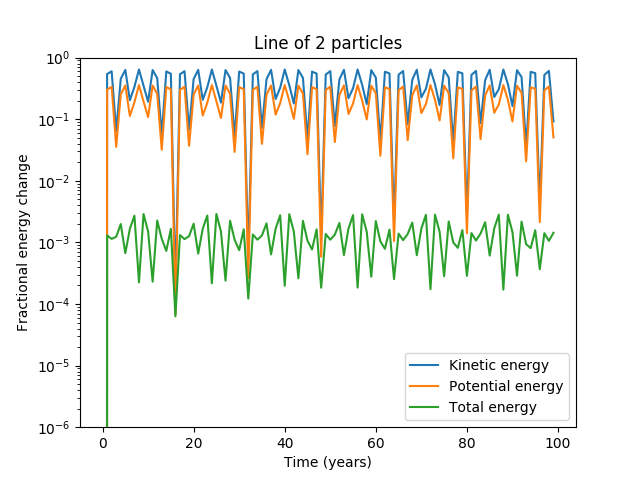 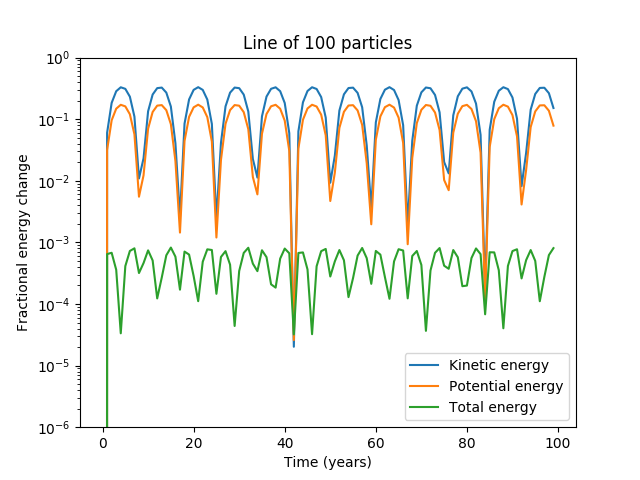 Here I show the effect of decreasing eta on conservation of total energy (epsilon = 0.01) 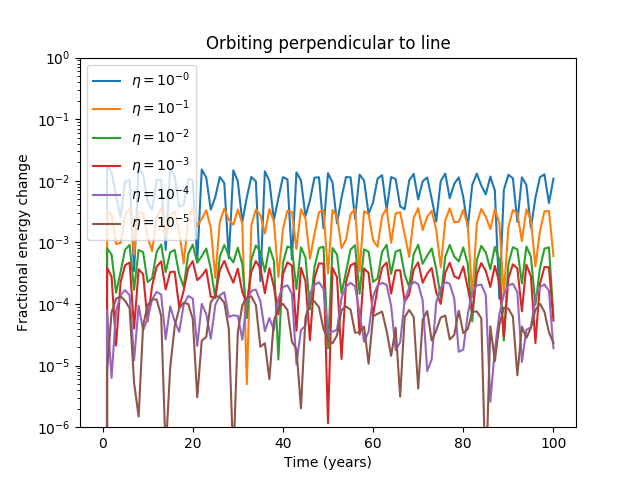 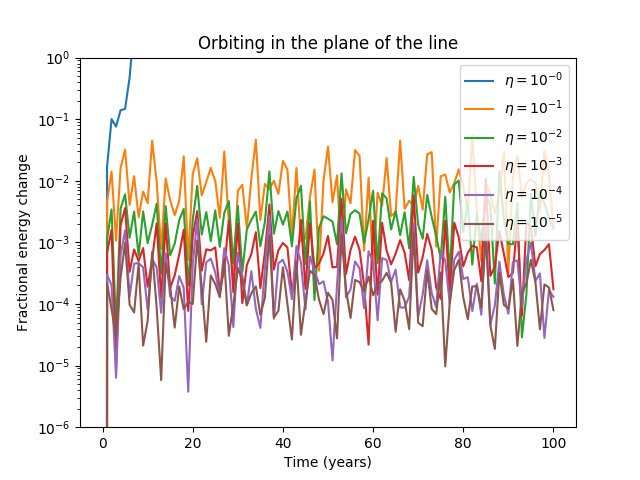 Changing the mass of the orbiting particle has no effect: 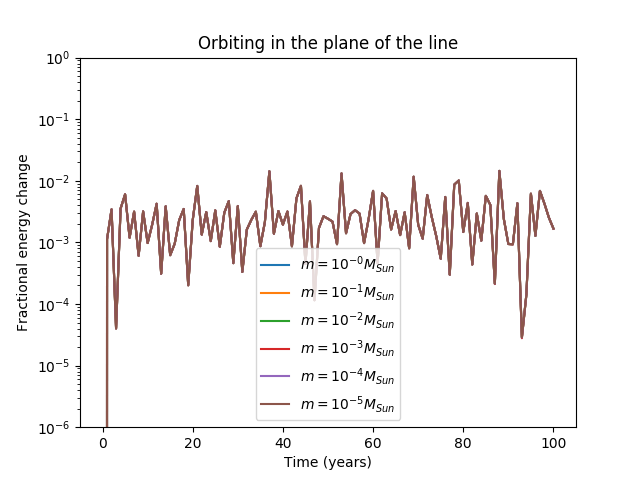 3 frozen particles, each with mass of 1/3 solar mass, in an equilateral triangle of side-length 1 AU. One of the sides is on the x-axis. An orbiting particle is given an initial velocity equal to that in the previous example. 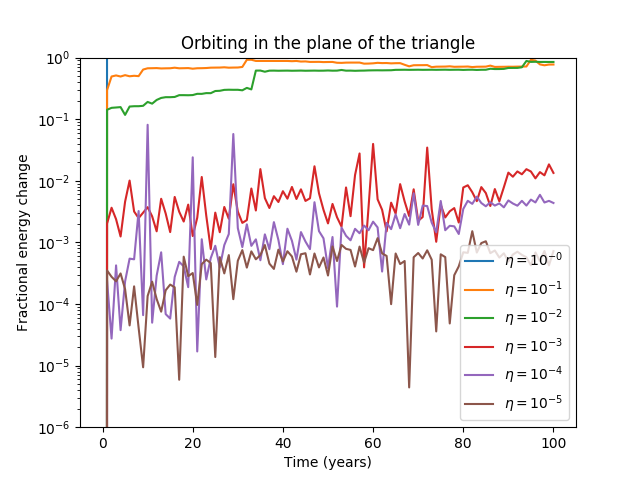 is in-line with the x-axis.

Drifting the 'line of 10 particles system': 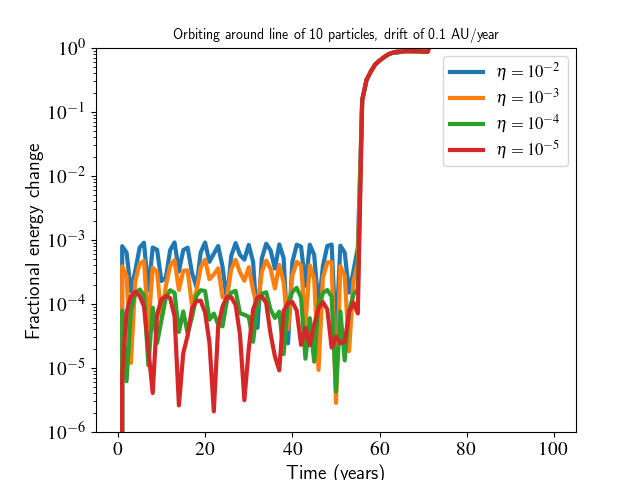 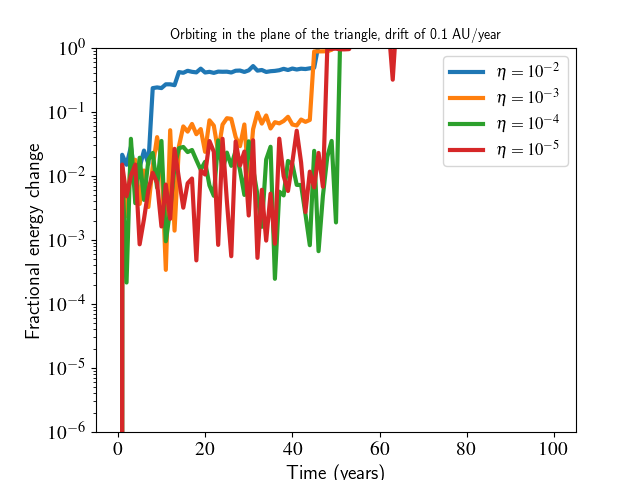