Test particle in circular orbit around a solar mass particle, radius of 3AU

Compare SWIFT solution with analytic solution, and the solution from the scipy ODE solver with 10^6 timesteps per orbit.

Show the effect of decreasing 'eta'. 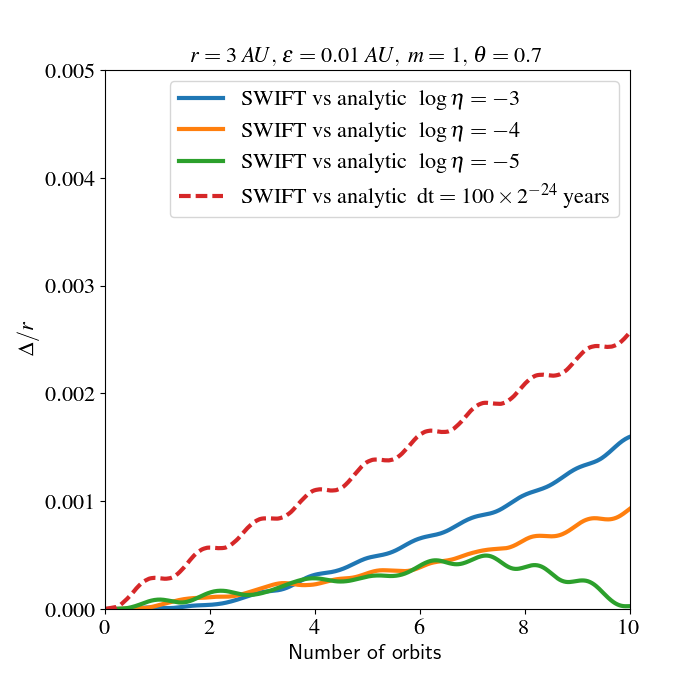 Now solve a similiar problem but replace the central particle with a line of 10 particles, from -0.5 AU to 0.5 AU along the x-axis, with total mass of one solar mass. Initial position and velocity of the orbiting test particle is still the same. 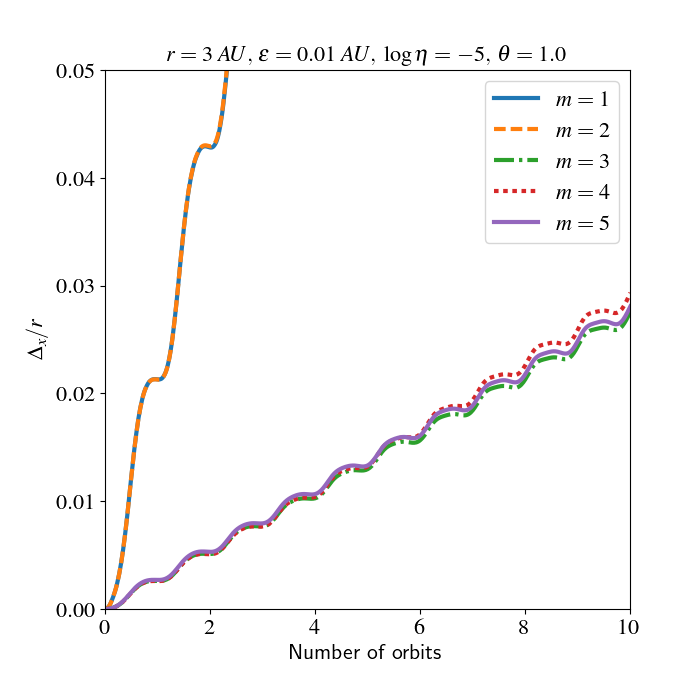 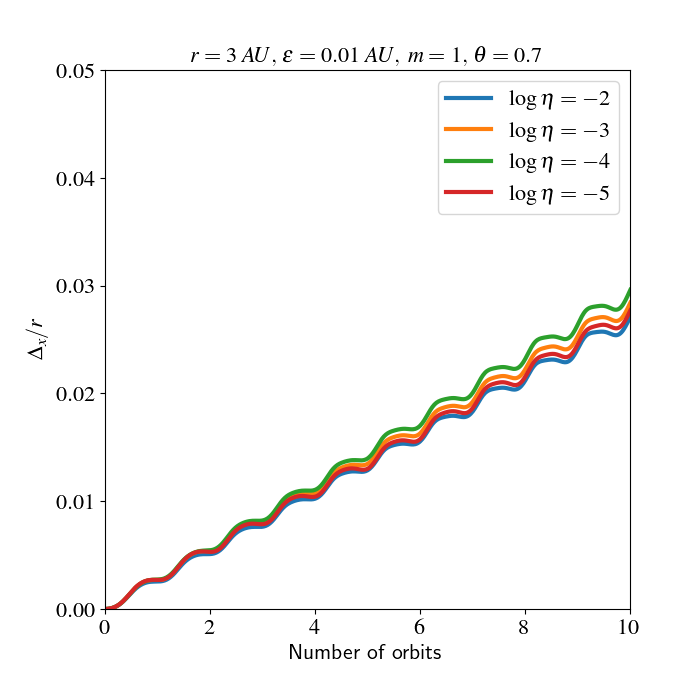 Now do the same this again but with a triangle of particles, centred on [0.5,0.5,0.5], evenly spaced around a circle of radius 0.3 AU in the x-y plane, this was done to ensure the particles were all in the same cell. 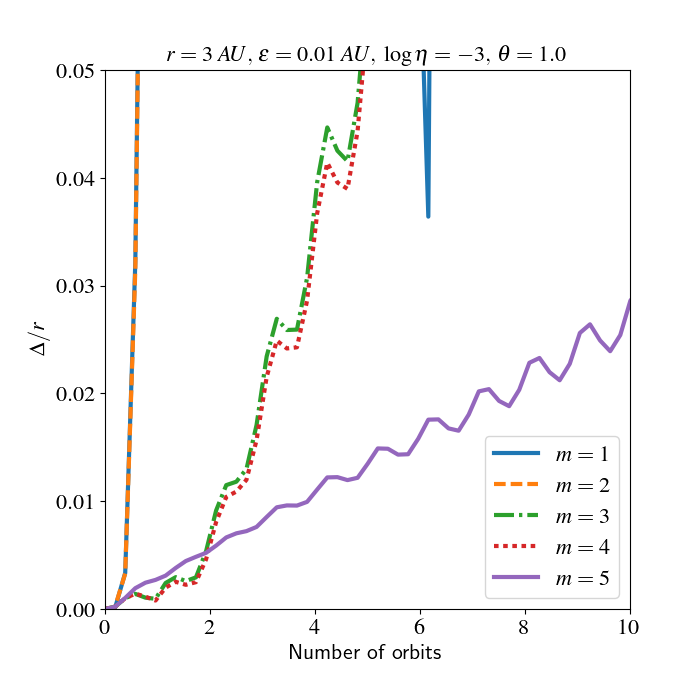 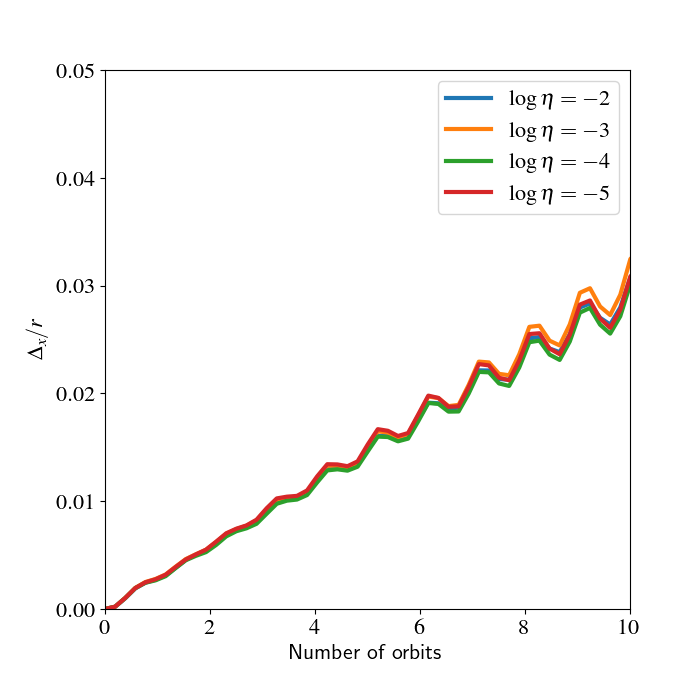