This includes a new scheme, pressure-energy-monaghan that includes a variable artificial viscosity.

This still needs documenting fully, but I think it is probably a good idea to merge this sooner rather than later to avoid divergence.

Note that we actually update the artificial viscosity half a time-step too "late" -- this does not seem to have a significant effect.

This passes all of the current hydro tests, and shows a significant improvement, particularly with respect to the width of the distributions. 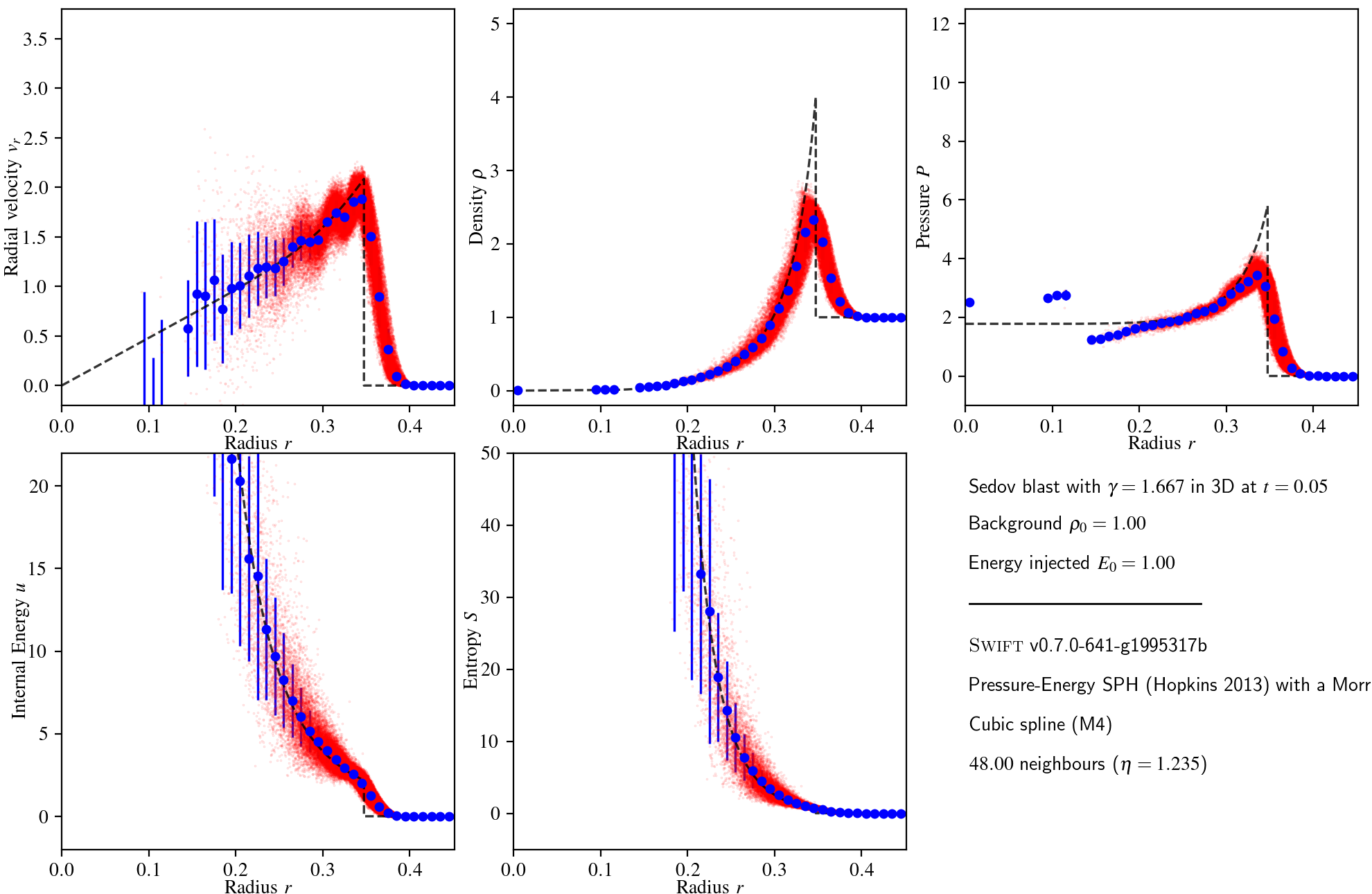 One minor issue is that this makes performance on the Evrard collapse marginally worse; the distribution is moved around a bit. 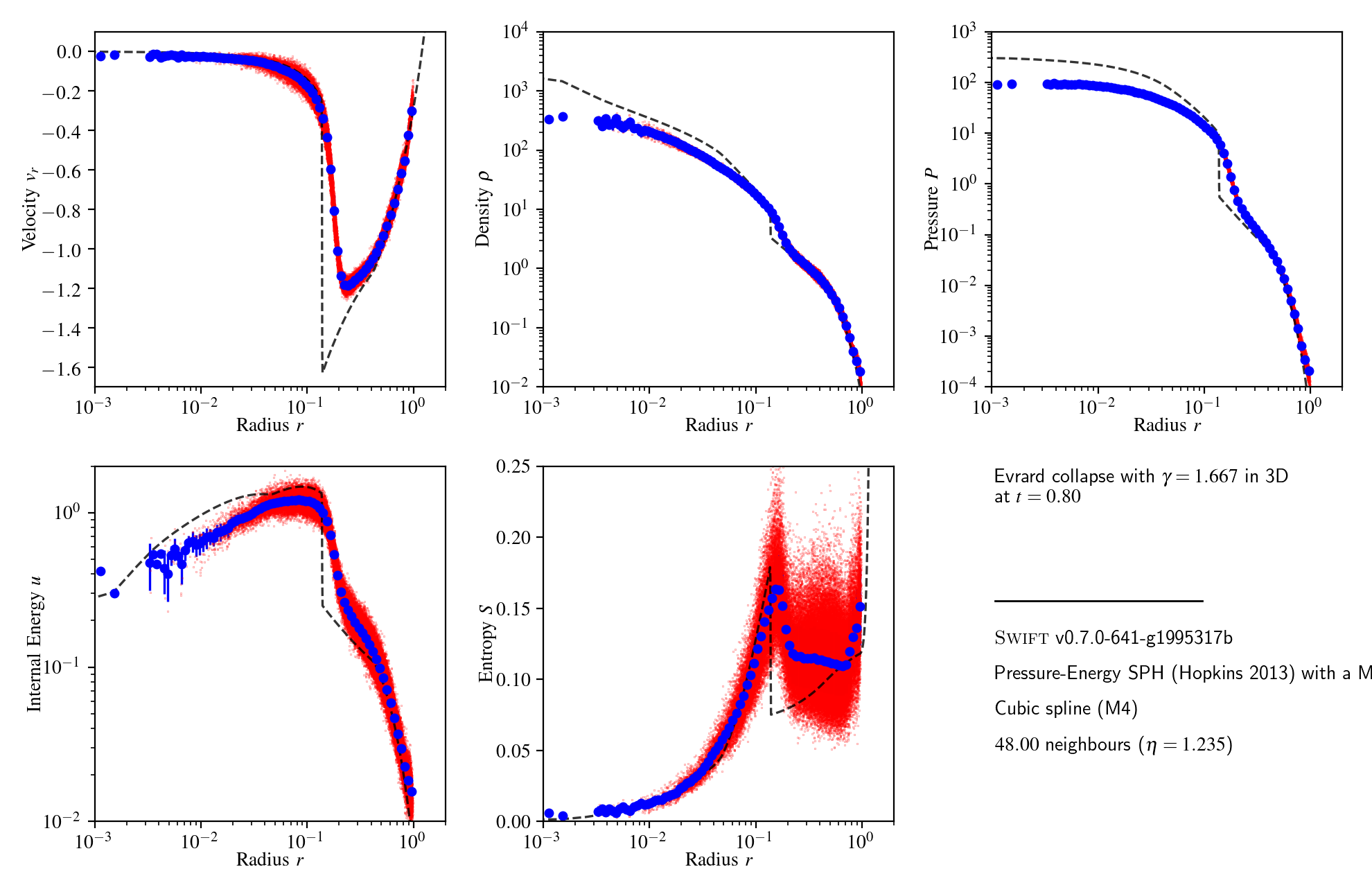