Due to the "recent" addition of the union for the cell structure, I had to define new files for GEAR. They are simply a copy/paste from the default ones with a constant probability of creating sink particles. This is done for debugging and will change once I will start to implement the physics.

I am also sharing the IACT functions between the accretion and the compute_sink_formation tasks and it might not be the most efficient way of doing it. I have added a TODO in order to mention that we could swap the loops (first hydro, then sink -> first sink, then hydro) in order to speedup a bit the code.

Here you can see the new task dependencies: 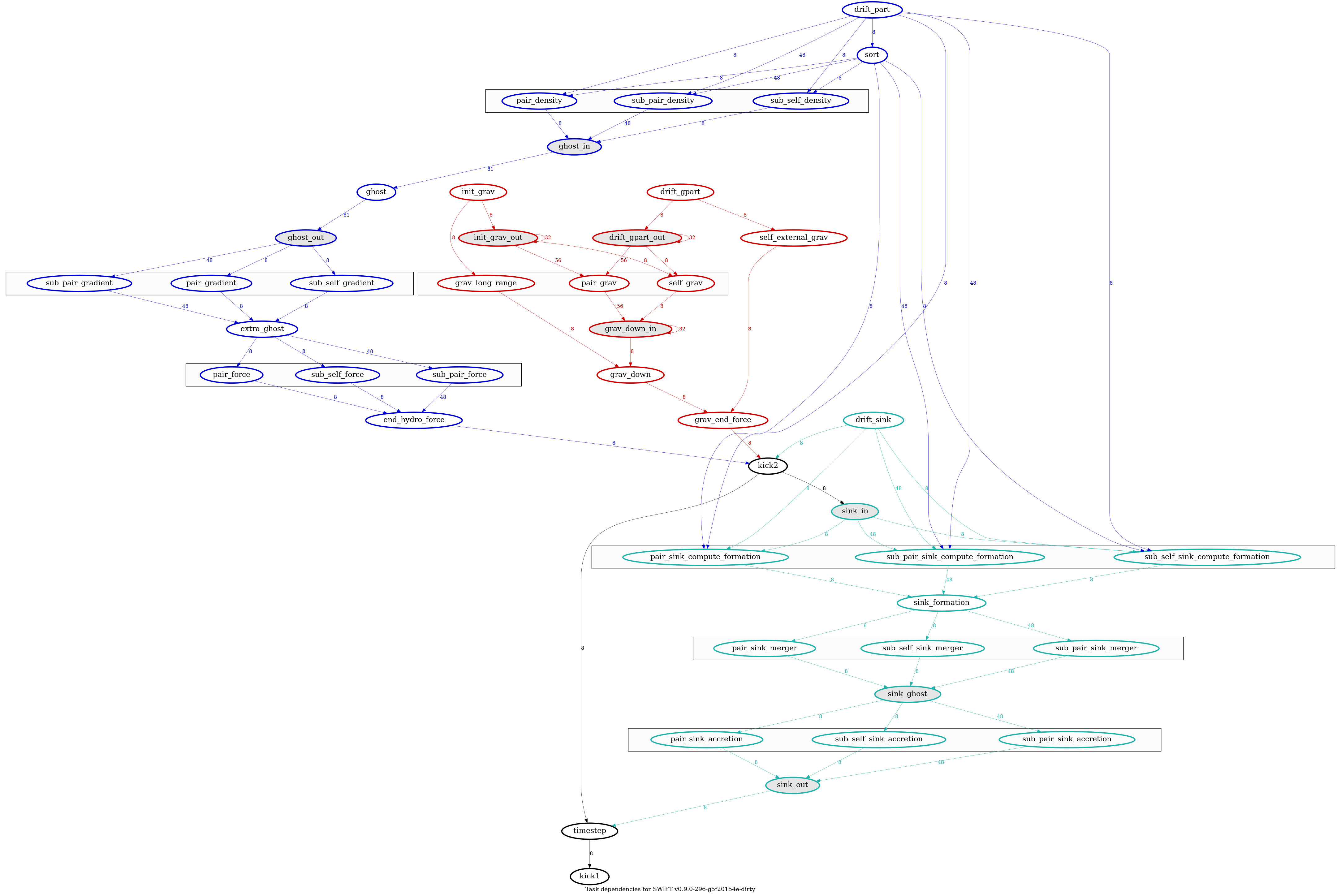 My next steps, in the order, will be to:

As I am close to the end of my thesis, I am not expecting to finish everything, but I should be able to at least start with the physics.

This will create a new commit in order to revert the existing changes.