I've gotten a first working version of the subcycling going. I figured it'd be best to let you have a look at it in its infant version and comment/restructure before I start stacking things on top of it.

The main idea is the following:

A possible solution was to add a second task, rt_requeue, which would come after rt_reschedule, which then re-schedules rt_reschedule, while itself being re-scheduled by the rt_reschedule task beforehand. However, in some cases that lead to dependency issues - in the debugging mode for RT, the tasks itself have almost no work to do, and other threads managed to finish up all the other work and were trying to re-schedule the rt_requeue task while it itself wasn't finished yet, i.e. didn't complete the scheduler_done() call and was still marked as unskipped.

To keep things clean and avoid possible problems with that, I ended up using the following solution: After the rt_reschedule task has been called, and after the respective call to scheduler_done() in the runner_main() loop, we make a call to a requeue function (not task). This ensures that the rt_reschedule task is properly marked as done, and can be safely unskipped again.

To illustrate, here's a schematic image:

And as promised, a dependency graph: 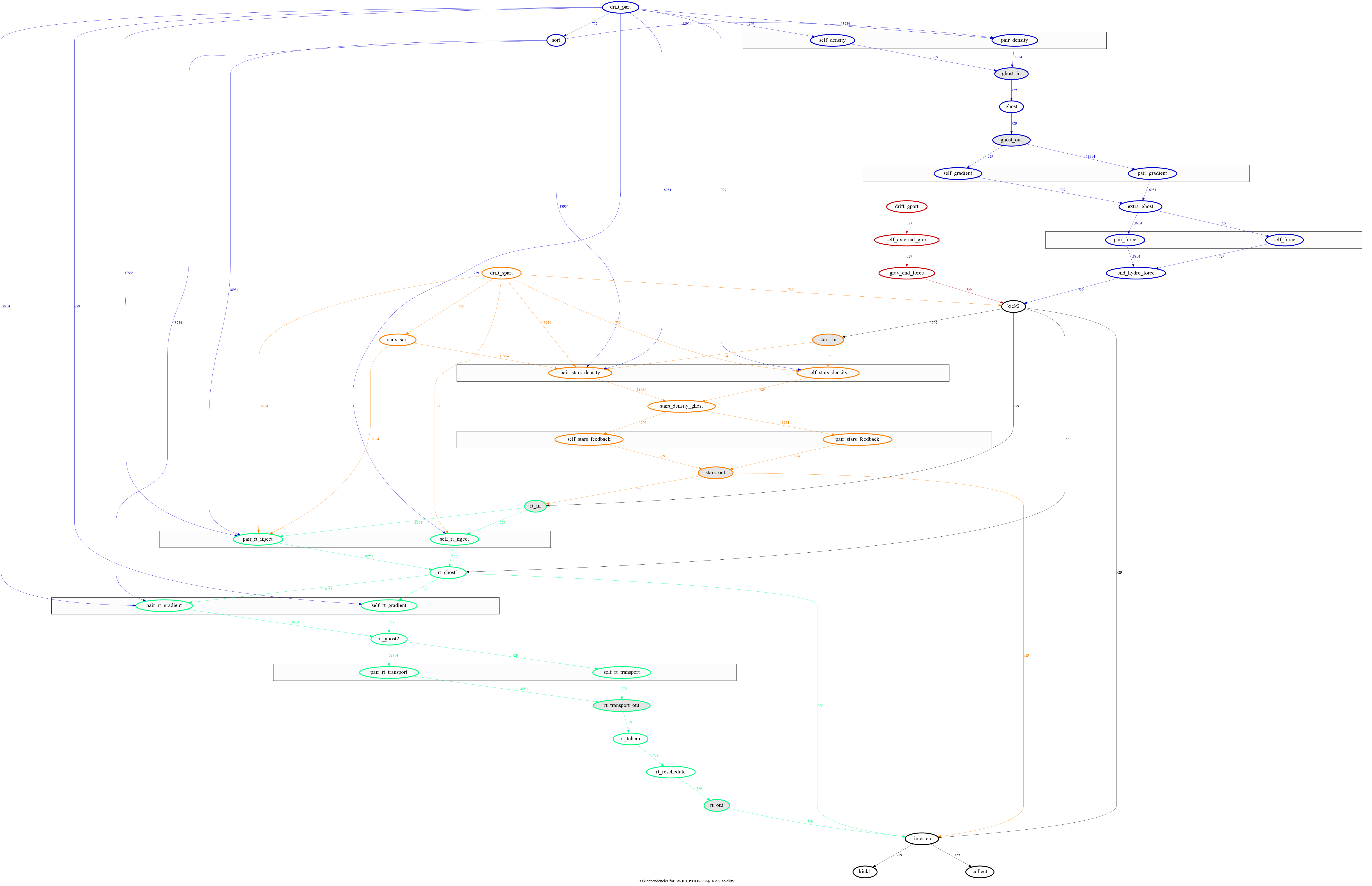 Finally, I added a yaml parameter to enable the RT subcycling. By default, it is turned off (for now), so it shouldn't bother anybody else's work.